Following the 2008 financial crisis, the Dodd-Frank Act created the Financial Stability Oversight Council (FSOC) to identify risks and respond to emerging threats to the nation’s financial stability. FSOC is authorized to identify certain nonbank financial companies and assign them a systemic designation which would make companies subject to supervision by the Federal Reserve Board.

After reviewing FSOC’s authority to designate nonbank financial companies as systemically significant, we believe that authority should be repealed. FSOC has used this authority inconsistently and with a lack of transparency. Instead of focusing on individual designations, FSOC’s primary responsibility should be assessing macro-prudential risks to U.S. financial stability.

ACLI supports the proposal by FSOC in 2019 to develop and prioritize its efforts to identify, assess and address potential risks and threats to U.S. financial stability through a process that emphasizes an activities-based approach.

In addition, FSOC’s structure should be changed to include state insurance regulators as voting members. The history of FSOC shows that the bank regulator-dominated body discounts the opinions of the single insurance expert voting member, resulting in erroneous and harmful decisions affecting insurance companies.

FSOC In The News 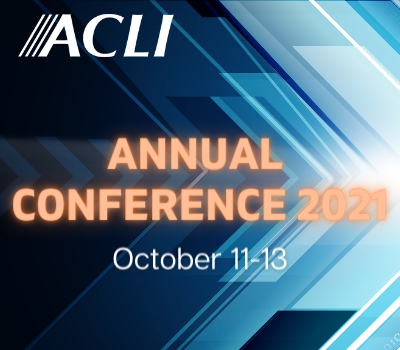