Life insurers may establish captive reinsurers to manage risks effectively. Captive reinsurers are particularly useful in managing the long-term, yet predictable, risks associated with life insurance and annuity contracts. The use of captive reinsurers also allows insurers to access the capital markets efficiently for reasonably priced capital, allowing them to provide affordable insurance products to the public that will help close the retirement security gap and reduce burdens on government-run programs.

A life insurance captive is an insurer chartered under state law to reinsure risks ceded by an affiliated life insurer. The enabling law ("captive law") typically provides that the captive reinsurer will not otherwise be authorized to engage in the business of insurance. As life captives are fundamentally different from life insurers, captive laws are separate and different from the laws applicable to licensed insurers selling policies to the public. Nonetheless, the same state insurance departments that regulate life insurers that sell policies directly to the public also regulate captive insurers.

In 2015, Professor Scott Harrington of the University of Pennsylvania’s Wharton School of Business released a paper on captives called: "The Economics and Regulation of Captive Reinsurance in Life Insurance." The report follows his 2014 paper entitled: "The Use of Captive Reinsurance in Life Insurance." Professor Harrington studies how life insurers use captive reinsurance arrangements and whether they pose significant risk to policyholders and taxpayers. He concludes that captive reinsurance arrangements are an important tool for efficiently and effectively managing overall capital.

According to Professor Harrington, "the use of captive reinsurance arrangements has received significant scrutiny by regulators and rating agencies." He adds that, "the arrangements require regulatory approval generally by two different regulators and often accompanied by independent actuarial analysis. Rating agencies have been considering the arrangements' potential effects on ceding insurers' financial strength for at least a decade." Professor Harrington also noted that the use of captive reinsurance ensures lower prices and greater insurance protection for consumers without excessive solvency risk.

ACLI supports life insurers' use of captives and their appropriate regulation. ACLI worked with the NAIC and developed mandatory enhanced disclosures relating to captives. In addition, ACLI worked with the NAIC to establish uniform guidelines for use by regulators when approving new captive transactions and reviewing existing captive transactions. 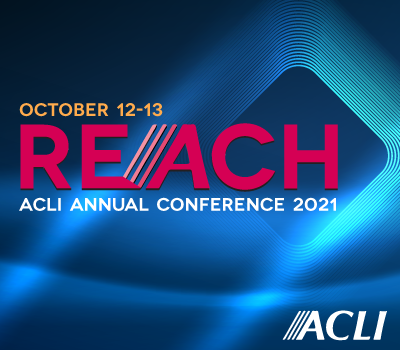