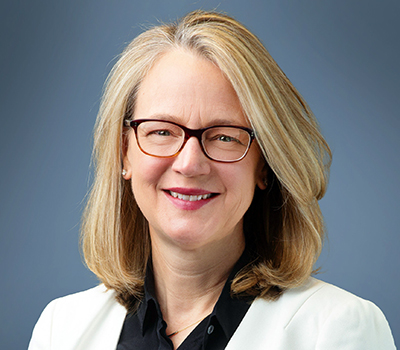 Kozeny came to ACLI after more than 30 years of success on Capitol Hill where she served most recently as Chief of Staff to U.S. Senator Chuck Grassley during his re-election to a seventh term and confirmation of two Supreme Court justices. Her leadership was pivotal in policy-driven campaigns for renewable energy and against waste, fraud and abuse of tax dollars.

Kozeny was Grassley’s communications director for 24 years, including at the Senate Finance Committee where she was responsible for strategic communications on tax, retirement security, health care, international trade, and government reform policies and oversight. During this time, the Finance Committee led passage of major tax relief, the Medicare prescription drug benefit, an overhaul of pension policies, and numerous international trade agreements, among other bipartisan initiatives.

Kozeny has a B.A. in Journalism from the University of Nebraska-Lincoln. She resides on Capitol Hill with her husband and their children.